You love historicals. I do too. Check out these oldies but goodies. And yes...they all have a smidge of mystery and suspense! 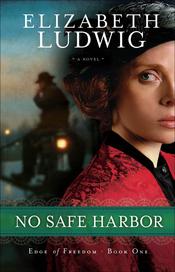 Lured by a handful of scribbled words across a faded letter, Cara Hamilton sets off from 1896 Ireland on a quest to find the brother she'd thought dead. Her search lands her in America, amidst a houseful of strangers and one man who claims to be a friend - Rourke Walsh.

Despite her brother's warning, Cara decides to trust Rourke and reveals the truth about her purpose in America. But he is not who he claims to be, and as rumors begin to circulate about an underground group of dangerous revolutionaries, Cara's desperation grows. Her questions lead her ever closer to her brother, but they also bring her closer to destruction as Rourke's true intentions come to light.

Dreaming of a better life, Tillie McGrath leaves Ireland behind and, with her beloved fiance by her side, sets sail for America. But when illness robs her of the man she holds dear, she's left alone with only a handful of tattered memories. While forging on proves difficult, Tillie soon finds some new friends at her New York boardinghouse, and begins pursuing a new dream--to open a home for orphaned children.

Despite two years passing, Captain Keondric Morgan has never forgotten the lass who left his ship so heartbroken. When a crewman's deathbed confession reveals her fiance's demise was the result of murder, the captain knows he must try to contact her. But his attention draws the notice of others as well--dangerous men who believe Tillie has in her possession something that could expose their crimes. And to their way of thinking, the best way to prevent such an outcome is to seize the evidence and then hand Tillie the same fate as her naive fiance. 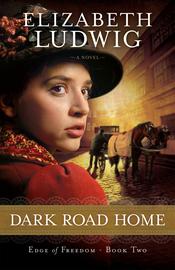 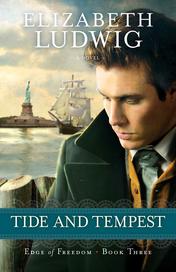 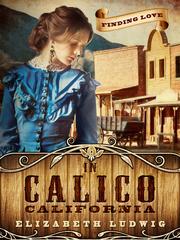 A young seamstress weaves her own story in a world run by men. After hearing news of a silver strike in Calico, California, Abigail Watts packs up her needles and thread and follows her beloved father out West. But when she's suddenly left alone in the rough mining town, Abigail finds herself pressed into a marriage of convenience with the local livery owner, Nathan Hawk. Determined to uncover the mystery surrounding her father's death in the mines, Abigail agrees to stay in Calico. But when the truth sets her free, she must decide whether to leave town--and Nathan--for good.

Ana Kavanagh's only memories of home are of fire and pain. As a girl she was the only survivor of a terrible blaze, and years later she still struggles with her anger at God for letting it happen.

At a nearby parish she meets and finds a kindred spirit in Eoghan Hamilton, who is struggling with his own anger--his sister, Cara, betrayed him by falling in love with one of his enemies. Cast aside by everyone, Eoghan longs to rejoin the Fenians, a shadowy organization pushing for change back in Ireland. But gaining their trust requires doing some favors--all of which seem to lead back to Ana. Who is she and who is searching for her? As dark secrets from Ana's past begin to come to light, Eoghan must choose which road to follow--and where to finally place his trust.